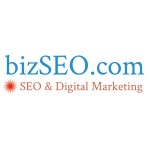 Studying in Europe is an expensive affair in most cases. But Cyprus is a place where you can receive fine education at a cost much lower than the UK or France. We are now going to see why Cyprus is a good choice for studying there and the process of getting a study visa for Cyprus.

A bit about Cyprus

Cyprus is the third largest island in the Mediterranean, located 60km south of Turkey and 300km north of Egypt. Cyprus joined the European Union in 2004 and began to use euro as their currency from 2008. Cyprus is a stable, economically advanced member of the EU and provides a captivating view of westernized cities and ultra-modern beach resorts residing side-by-side with ancient mountain villages and monasteries.

The cultural heritage of Cyprus is rich with ancient Greek temples, Venetian forts, Roman amphitheatres and Byzantine churches. Cyprus has diverse natural and cultural environment with a modern European society. There are several study destinations including Nicosia for foreigner students where students get attracted to its fascinating history, temperate weather and international nature.

How to obtain student visa for studying in Cyprus

Students who want to study in Cyprus must apply to the admission office for the chosen university. This is only applicable for residents of a country where the Embassy or the Consulate or the High Commission of the Republic of Cyprus is present. The student has to submit the following documents to the admission office of the chosen university through any of the above mentioned offices of Cyprus Embassy in their country to obtain on their behalf a preliminary approval for an interview in their home country. The required documents are as follows:

The admission office will communicate the details of the schedule of the interview if your application is found in order. In the interview you:

On its successful completion, you can get your student visa for Cyprus.

With this, you can get admission into a university in Cyprus. But all this process is difficult. You should take the advice of a professional education consultant who can help you in getting admission in your chosen university. If you want to Study in Cyprus, you can contact ISA Migrations. The education consultants will guide you in your student visa process and will help you in getting admission without much effort from your side.